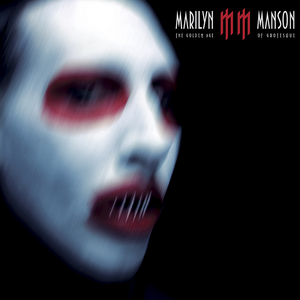 The Golden Age of Grotesque

"Mobscene" (stylized as "mOBSCENE") is a song by American rock band Marilyn Manson. It was released in April 2003 as the lead single from their fifth studio album, The Golden Age of Grotesque (2003). The song was nominated for a Grammy Award for Best Metal Performance. Read more on Last.fm.

This Is the New Shit
Marilyn Manson
Play

The Only
Static-X
Play

B.Y.O.B.
System of a Down
Play