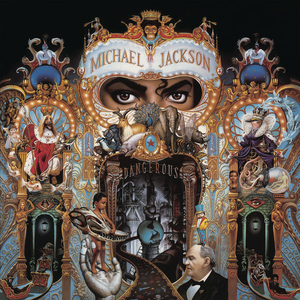 "Who Is It" is a song by Michael Jackson from his 1991's Dangerous album . The song is, like several of Jackson's most famous songs, about rumors. The song peaked at #6 on the U.S. R&B charts, and #14 on the Billboard Hot 100 when released. Michael Jackson sang it acappella during his 1993 interview with Oprah Winfrey, and the positive reaction to this prompted Sony to issue it as a single in the U.S. instead of the planned "Give In to Me". Read more on Last.fm.

In the Closet
Michael Jackson
Play

Give in to Me
Michael Jackson
Play