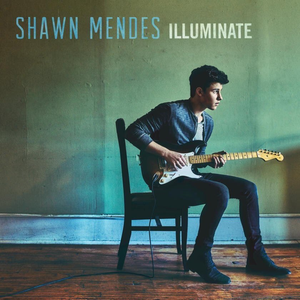 “Treat You Better” serves as the lead single for Shawn Mendes' second studio album. The single released on June 3, 2016. The song rocketed up the iTunes charts to number 3 within hours of release, in part, due to Shawn’s #BetteroniTunes drive, encouraging fans to buy it directly from the Apple service. Lyrically, Mendes sings to his romantic interest, promising to be a better boyfriend than the one she currently has. There was some speculation that this song was about Camila Cabello Read more on Last.fm.

There's Nothing Holdin' Me Back
Shawn Mendes
Play

Shape of You
Ed Sheeran
Play

Into You
Ariana Grande
Play

In the Dark
Camila Cabello
Play

Shake It Off
Taylor Swift
Play