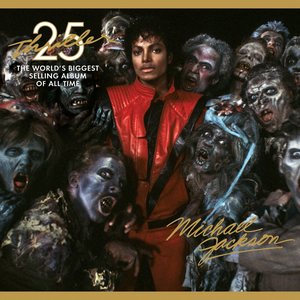 "Thriller" is a song recorded by American recording artist Michael Jackson, composed by Rod Temperton, and produced by Quincy Jones. It is the seventh and final single from his sixth studio album Thriller. It was released on January 23, 1984 by Epic Records. The song has appeared on multiple greatest hits compilation albums from Jackson, including HIStory: Past, Present, and Future, Book I (1995), Number Ones (2003), The Essential Michael Jackson (2005), and Michael Jackson's This Is It (2009). Read more on Last.fm.