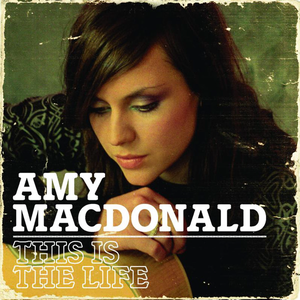 This Is the Life

This Is the Life

"This Is the Life" is a song by Scottish singer-songwriter Amy Macdonald from her 2007 album of the same name. It was released on 10 December 2007 in the United Kingdom, and in April 2008 in most of European countries, becoming a major hit worldwide. It has so far been Macdonald's most successful single, topping six charts and reaching the top ten in 11 charts around the world. The music video consists of pictures of Macdonald and her friends' night out. Read more on Last.fm.

My Favourite Game
The Cardigans
Play

Sweet About Me
Gabriella Cilmi
Play