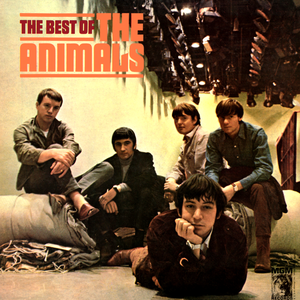 The House of the Rising Sun

"The House of the Rising Sun" is a folk song from the United States. Also called "House of the Rising Sun" or occasionally "Rising Sun Blues", it tells of a life gone wrong in New Orleans. Depending on the version, the song may be sung from the perspective of a woman or a man. The most successful version was recorded by the English rock group The Animals in 1964, which was a number one hit in the United Kingdom, United States, Sweden and Canada. The Animals' version was also a part of the soundtrack for the Martin Scorsese 1995 film Casino. Read more on Last.fm.

Tracks by The Animals:

We've Gotta Get Out of This Place
The Animals
Play

Have You Ever Seen the Rain
Creedence Clearwater Revival
Play