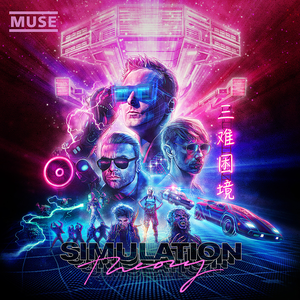 Matt said The Dark Side is a song that contains 'angry lyrics' and has the common Muse themes of frustration and loneliness. First mentioned by Matt during KROQ's interview on The Kevin & Bean Show on February 15th, 2018. Matt said that it is one of the band's favourites. The title first appeared in the Something Human music video, during the closing shot, on a car licence plate falling on the ground. The same shot was also used as the opening in the music video for The Dark Side. Bellamy described the song as "Rock-electro-synth-map-ish-ish". Read more on Last.fm.

Break it to Me
Muse
Play

I Was Just a Kid
Nothing But Thieves
Play

The Sky Is A Neighborhood
Foo Fighters
Play

Run For Cover
The Killers
Play

Out of the Black
Royal Blood
Play

For What It's Worth
Placebo
Play

Carnival of Rust
Poets of the Fall
Play