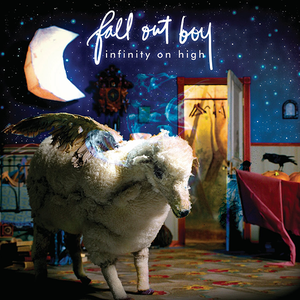 The Carpal Tunnel of Love

The Carpal Tunnel of Love is on the album Infinity On High. It was originally leaked online by the band, and later given to iTunes as a digital download before Infinity on High was released. In addition, a web-exclusive video was released, but later saw televised airplay on Music Choice On-Demand. The song title is a combination of carpal tunnel syndrome and the well known "Tunnel of Love" ride and this song was featured in the Sony video game, MLB 07: The Show. Read more on Last.fm.

The (After) Life of the Party
Fall Out Boy
Play

Time to Dance
Panic! at the Disco
Play

The Only Difference Between Martyrdom and Suicide Is Press Coverage
Panic! at the Disco
Play

Thank You for the Venom
My Chemical Romance
Play

Jamie All Over
Mayday Parade
Play

Loverboy
You Me at Six
Play

About a Girl
The Academy Is...
Play

Underdog
You Me at Six
Play