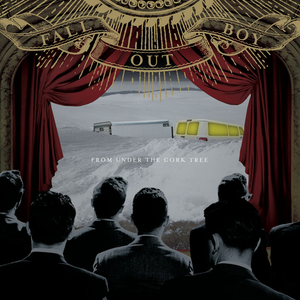 "Sugar, We're Goin Down" is the first single released from Fall Out Boy's album From Under the Cork Tree (2005). The single reached #8 in the U.S., becoming Fall Out Boy's first top 10 single. This single launched the band into the MTV mainstream. Two different CDs were released with different B-sides, Part I with a green cover and Part II with a red cover. According to Blender on their "The 100 Greatest Songs of 2005", "Sugar, We're Goin Down" was rated #4 and was rated #3 according to About.com on their "Top 100 Pop Songs of 2005". Read more on Last.fm.

Lying Is the Most Fun a Girl Can Have Without Taking Her Clothes Off
Panic! at the Disco
Play

I'm Not Okay (I Promise)
My Chemical Romance
Play

That's What You Get
Paramore
Play

My Friends Over You
New Found Glory
Play

The Quiet Things That No One Ever Knows
Brand New
Play

Everything Is Alright
Motion City Soundtrack
Play
Login or Create account Save and share your playlist with your friends when you log in or create an account.
Playlist Your current playlist is empty.
Title