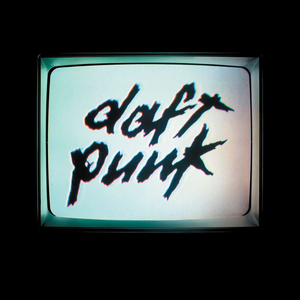 "Robot Rock" is the first single from Daft Punk's 2005 album Human After All. Whilst the single reached a moderately high chart position, many critics found the song overly repetitive. It prominently features sampled portions of "Release the Beast" performed by Breakwater. "Robot Rock" is based around a sample from the Breakwater song "Release the Beast", which features a riff played on an oscillator sync patch on an analog synthesizer. In addition Read more on Last.fm.

Human After All
Daft Punk
Play

The Prime Time of Your Life
Daft Punk
Play

Smack My Bitch Up
The Prodigy
Play

Lift Me Up
Moby
Play