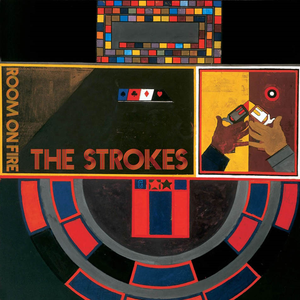 "Reptilia" is the second single lifted from Room on Fire, the second album of acclaimed American garage rock/post-punk band The Strokes. The single's B-side contains "Modern Girls & Old Fashion Men", where lead singer Julian Casablancas duets with Regina Spektor. The official release date was delayed slightly after Casablancas objected to the song being credited as "The Strokes and Regina Spektor", claiming that it should read "by Regina Spektor & The Strokes". Read more on Last.fm.

Tracks by The Strokes:

Out of the Blue
Julian Casablancas
Play

She Moves in Her Own Way
The Kooks
Play

If You Wanna
The Vaccines
Play