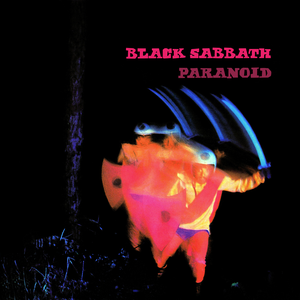 Paranoid is a song by Black Sabbath that appears on the band's second album Paranoid. Supposedly, the members of Black Sabbath put together this song in 15 minutes based on a solo by Tony Iommi. This song was only meant to be a "filler", but became one of Black Sabbath's most well known songs: the band members were sent back to the studio to record one more song because the record company deemed the album was too short, and planned to quickly record a filler song, but eventually wrote and recorded "Paranoid". Read more on Last.fm.

Rainbow in the Dark
Dio
Play

The Number of the Beast
Iron Maiden
Play

Sweet Child o' Mine
Guns N' Roses
Play
Login or Create account Save and share your playlist with your friends when you log in or create an account.
Playlist Your current playlist is empty.
Title