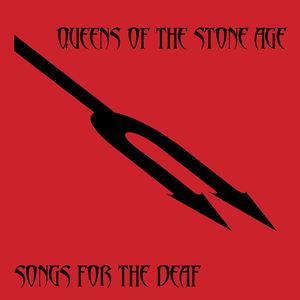 Queens of the Stone Age

Songs for the Deaf

"No One Knows" is a song by American hard rock band Queens of the Stone Age written by band members Josh Homme, Nick Oliveri and Mark Lanegan. It was the first single and second track from their third album, Songs for the Deaf, and was released on November 26, 2002. "No One Knows" was a chart success, becoming the band's only single to top the US Modern Rock charts. The song was also critically acclaimed, receiving a nomination for Best Hard Rock Performance at the 2003 Grammy Awards. Read more on Last.fm.

Tracks by Queens of the Stone Age:

Go With the Flow
Queens of the Stone Age
Play

First It Giveth
Queens of the Stone Age
Play

No One Loves Me & Neither Do I
Them Crooked Vultures
Play

All My Life
Foo Fighters
Play

Killing in the Name
Rage Against the Machine
Play

Show Me How To Live
Audioslave
Play

Bulls on Parade
Rage Against the Machine
Play