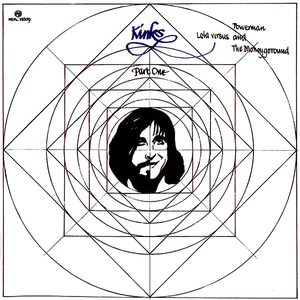 One for the Road

"Lola" is a song written by Ray Davies and performed by The Kinks which details a romantic encounter between a young man (presumably in his late teen years) and a transvestite he meets in a Soho, London club. One of The Kinks' best-known songs, the single was taken from the album Lola versus Powerman and the Moneygoround, Part One, which was released in June, 1970, and reached #2 in the UK charts and #9 in the US. It was ranked 422nd on the List of Rolling Stone's 500 Greatest Songs of All Time. It is famous for its C-D-E power riff. Read more on Last.fm.

Tracks by The Kinks:

Top of the Pops
The Kinks
Play

A Whiter Shade of Pale
Procol Harum
Play
Login or Create account Save and share your playlist with your friends when you log in or create an account.
Playlist Your current playlist is empty.
Title