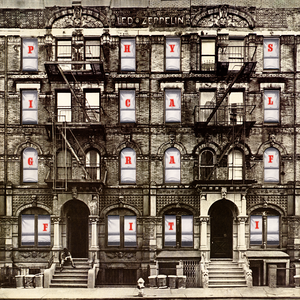 "Kashmir" is a song by the English rock band Led Zeppelin from their sixth album Physical Graffiti (1975). It was written by Jimmy Page and Robert Plant (with contributions from John Bonham) over a period of three years, with the lyrics dating back to 1973. "Kashmir" is considered to be one of Led Zeppelin's most successful songs; all four band members have agreed that it is to date one of their best musical achievements. John Paul Jones suggested that it showcases all of the elements that made up the Led Zeppelin sound. Read more on Last.fm.