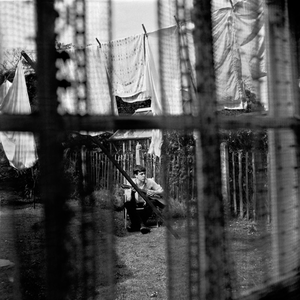 Chaos and Creation in the Backyard

Jenny Wren was written in Los Angeles, and is about a character of the same name from Charles Dickens' novel "Our Mutual Friend". It also refers to a bird known as the wren, which is reported to be McCartney's favourite. McCartney wrote the tune in the same sort of finger picking style found in "Blackbird", "Mother Nature's Son" (The Beatles) and "Calico Skies" (Flaming Pie). The song earned a nomination for the 2007 Grammy Award for Best Male Pop Vocal Performance category. Read more on Last.fm.

I'm Down
The Beatles
Play

Light from Your Lighthouse
The Fireman
Play

Let Me Roll It
Wings
Play

The Only Living Boy in New York
Simon & Garfunkel
Play

Me And Julio Down By The Schoolyard
Paul Simon
Play

AKA... Broken Arrow
Noel Gallagher's High Flying Birds
Play
Login or Create account Save and share your playlist with your friends when you log in or create an account.
Playlist Your current playlist is empty.
Title