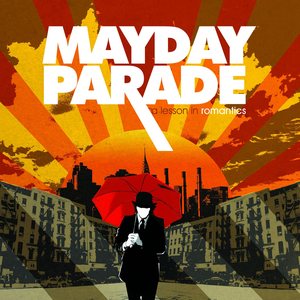 A Lesson in Romantics

"Jamie All Over" is the second single by pop punk band Mayday Parade from their debut album A Lesson in Romantics. The song is actually a re-make from ex-member Jason Lancaster band Kid Named Chicago. The song features Daniel Lancaster of Stages and Stereos. Bassist Jeremy Lenzo, lip sings Jason Lancaster's vocals in the music video. Read more on Last.fm.

Six Feet Under the Stars
All Time Low
Play

The Curse Of Curves
Cute Is What We Aim For
Play

Tell Me I'm A Wreck
Every Avenue
Play

Say Anything (Else)
Cartel
Play

Stay With Me
You Me at Six
Play

My Friends Over You
New Found Glory
Play
Login or Create account Save and share your playlist with your friends when you log in or create an account.
Playlist Your current playlist is empty.
Title