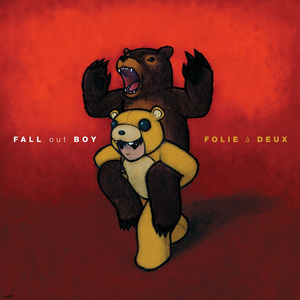 "I Don't Care" is Fall Out Boy's first single from their fifth studio album Folie à Deux. It was first available for listening on mozes.com and falloutboyrock.com on September 3, 2008. The song was released to iTunes on September 8, 2008. The song has been described as a very political track by Patrick Stump, the lead vocalist of the band, but not political in the traditional sense; more about the politics of a relationship. Stump has said that this song is about the superficiality and selfishness that is associated with pop culture. Read more on Last.fm.

What a Catch, Donnie
Fall Out Boy
Play

Nine in the Afternoon
Panic! at the Disco
Play

This Is Gospel
Panic! at the Disco
Play

The Kill
30 Seconds to Mars
Play

Wake Me Up When September Ends
Green Day
Play

This Is War
30 Seconds to Mars
Play