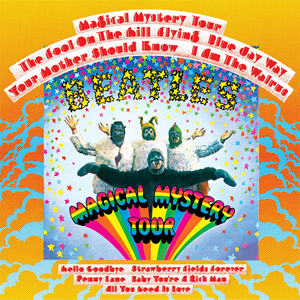 "Hello, Goodbye" is a song written by Lennon/McCartney and first recorded by the English rock band The Beatles. The song was released as a single in November 1967, and topped the charts in both the United States and Britain. Though the songwriting credit is Lennon/McCartney, it was written only by Paul McCartney. Alistair Taylor, who worked for the Beatles' manager, Brian Epstein, had asked McCartney how he wrote his songs, and McCartney took him into his dining room to give him a demonstration on his harmonium. Read more on Last.fm.