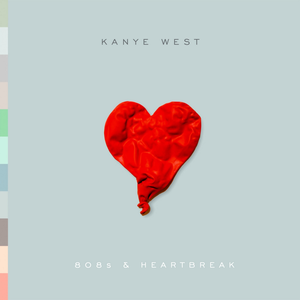 “Heartless” was released as a promotional single 20 days before the official release of 808s and Heartbreak, and peaked at number 2 on the Billboard Hot 100 charts while topping both the Rhythmic and Hot Rap Songs charts. The single is certified 6x platinum and is Kanye’s third best-selling single, behind “Stronger” and “Gold Digger.” The single’s minimalistic artwork is the only art from the 808s era that doesn’t feature a heart motif; it’s literally heartless. Read more on Last.fm.

Say You Will
Kanye West
Play