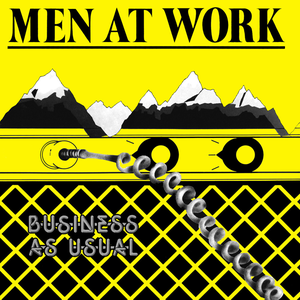 "Down Under" (also known as "Land Down Under") is a pop song recorded by Men at Work for their debut album Business as Usual (1981). The song went to #1 on American, British, and Australian charts. It was reissued in 1982, and is the only Men at Work song to go to #1 in the United Kingdom, and their only single to make the UK top 20. It has become a popular and patriotic song in Australia. The lyrics are about an Australian traveller circling the globe Read more on Last.fm.

Tracks by Men at Work:

Who Can It Be Now?
Men at Work
Play

(I Just) Died in Your Arms
Cutting Crew
Play

Don't You (Forget About Me)
Simple Minds
Play

Your Love
The Outfield
Play

Girls Just Want to Have Fun
Cyndi Lauper
Play
Login or Create account Save and share your playlist with your friends when you log in or create an account.
Playlist Your current playlist is empty.
Title