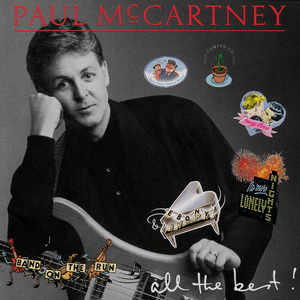 "Coming Up" was the opening track from Paul McCartney's McCartney II album, written by McCartney and released in 1980. Like the rest of the album, the song had a minimalist synthesized feel to it. It featured humorously-processed lead vocals from McCartney, who played all the instruments and shared harmonies with wife Linda. "Coming Up" is also well known for its video. It is an early example of electronic trickery, with Paul McCartney playing ten roles and Linda McCartney playing two. Read more on Last.fm.

Listen To What The Man Said
Wings
Play

Whatever Gets You Thru the Night
John Lennon
Play

Tell Her About It
Billy Joel
Play

In the Air Tonight
Phil Collins
Play
Login or Create account Save and share your playlist with your friends when you log in or create an account.
Playlist Your current playlist is empty.
Title