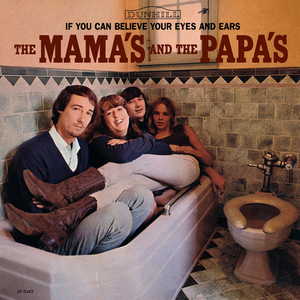 The Mamas & the Papas

If You Can Believe Your Eyes And Ears

California Dreamin' is a song by The Mamas & the Papas, first released in 1965. Celebrated as an anthem of West Coast hippy bliss, John Phillips wrote the song in a state of depression in 1964 after a cheerless winter's walk through New York's Central Park. It's a song not of joy, but of immense pain. The pain of wanting to be somewhere else. The song is #89 in Rolling Stone's list of The 500 Greatest Songs of All Time. Read more on Last.fm.

Tracks by The Mamas & the Papas:

I Call Your Name
The Mamas & the Papas
Play

Happy Together
The Turtles
Play