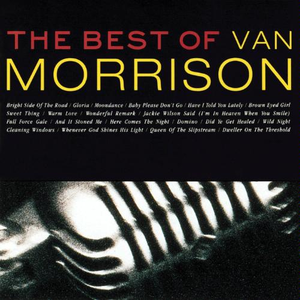 The Best of Van Morrison

The song was first released in May 1967 on the album Blowin' Your Mind!. When released as a single, it rose to number eight on the Cashbox charts, and reached number ten on the Billboard Hot 100. It featured the Sweet Inspirations singing back-up vocals and is widely-considered to be Van Morrison's signature song. Paul Williams included "Brown Eyed Girl" in his book Rock and Roll: The 100 Best Singles, writing that: I was going to say this is a song about sex Read more on Last.fm.

Bright Side Of The Road
Van Morrison
Play

Listen to the Music
The Doobie Brothers
Play

With A Little Help From My Friends
Joe Cocker
Play

(I Can't Get No) Satisfaction
The Rolling Stones
Play
Login or Create account Save and share your playlist with your friends when you log in or create an account.
Playlist Your current playlist is empty.
Title