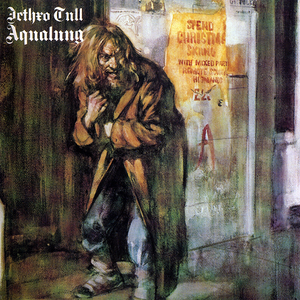 "Aqualung" is a song by English progressive rock band Jethro Tull, featured as the first track on their 1971 album Aqualung, and written by the band's frontman, Ian Anderson, and his then-wife, Jennie Franks. The original recording runs for 6 minutes and 32 seconds. Like many of Jethro Tull's songs, "Aqualung" tells a story —in this case, the story of a homeless man. The opening lyrics are "Sitting on a park bench / Eyeing little girls with bad intent". Read more on Last.fm.

I'd Love to Change the World
Ten Years After
Play
Login or Create account Save and share your playlist with your friends when you log in or create an account.
Playlist Your current playlist is empty.
Title