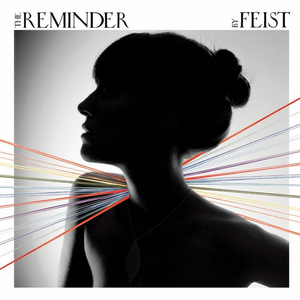 "1234" (pronounced "One Two Three Four") is a song from Feist's third studio album, The Reminder''. It is Feist's most successful single to date, having been featured in an iPod Nano commercial. The original song was written by Sally Seltmann, a Melbourne, Australia singer-songwriter who records under the name New Buffalo, and Feist added and rewrote parts of the lyrics. In an interview with Songfacts, Seltmann said: I had been listening to Feist's album Let It Die . Read more on Last.fm.

My Moon My Man
Feist
Play

I Feel It All
Feist
Play

On the Radio
Regina Spektor
Play

Back in Your Head
Tegan and Sara
Play

I'd Rather Dance With You
Kings of Convenience
Play

Walking With a Ghost
Tegan and Sara
Play